Nicotine and the Tobacco Heating System

Comparing nicotine levels of cigarettes vs smoke-free products is an important part of understanding the smoke-free product’s harm reduction potential. Nicotine is, after all, one of the reasons why people smoke, alongside other factors such as taste and ritual.

Here, we clarify the different types of nicotine measurements that can be made for nicotine-containing products, specifically for cigarettes and heated tobacco products. We provide specific measurements that have been made for our leading heated tobacco product, the Tobacco Heating System (THS), which is marketed as IQOS. We also include references to scientific literature for further reading.

Nicotine content: how much nicotine is in the tobacco of a THS tobacco stick?

Read these independent studies for yourself:

In fact, the nicotine content is not very relevant to consumers because cigarettes and heated tobacco products operate so differently from one another. Comparisons of nicotine content don’t provide consumers useful information to help them interpret similarities or differences between THS and cigarettes.

Cigarettes burn tobacco and the smoke is inhaled while taking a puff. The tobacco continues to smolder between puffs to generate side-stream smoke that doesn’t get inhaled by the smoker. THS tobacco sticks, on the other hand, don’t burn tobacco, and they don’t produce side-stream smoke. When heated, they release a nicotine-containing aerosol with much lower numbers and levels of harmful chemicals compared to cigarette smoke.

Nicotine yield, how much nicotine is in the aerosol from one THS tobacco stick?

The nicotine yield of a tobacco stick refers to the amount of nicotine in the aerosol that is produced by the stick when it’s used in the heating device. This aerosol is generated using a smoking machine that follows a specific method or puffing standard, which dictates the puff volume, puff time, and intervals between puffs. The aerosol is collected on a Cambridge glass-fiber filter pad, and the compounds are extracted and analyzed. These measurements, which are conducted using accepted international standards, are important because they provide a way to quantitatively compare the aerosol that is generated from different products.

The European Tobacco Products Directive (2014) Article 3 sets limits on tar (10 mg), nicotine (1 mg), and carbon monoxide (10 mg) per cigarette. These limits are assessed using the “ISO smoking regime”. The International Organization for Standardization (ISO) methods are developed in a typically lengthy process that is necessary to ensure the approach is correct and to build consensus among the members of the ISO working groups. The tobacco industry aids in this process by sharing knowledge and assists progress transparently.  The World Health Organization (WHO) established the TobLabNet to develop and validate analytical methods independently from the tobacco industry.

The WHO’s TobLabNet validated an intense smoking protocol, and the WHO Study Group on Tobacco Product Regulation (TobReg) recommends the use of this intense smoking regime instead of the ISO testing regime mentioned above.

The main differences between the ISO testing method and the new intense smoking regime are described by the WHO: “The ISO regime is less intense than human smoking behaviour, especially in the case of cigarettes with a high degree of filter ventilation. As the main addictive component in cigarette smoke is nicotine, and smokers need a certain amount of nicotine to maintain their addiction, they adapt their smoking behaviour to the nicotine levels present in smoke. One of the main factors determining nicotine levels are ventilation holes in the cigarette filter that dilute smoke. In response, smokers (partly) close the ventilation holes with their fingers and lips, and smoke more intensely. The ventilation holes remain open in the ISO regime but are closed in the intense regime. Additionally, the intense regime uses larger, longer and deeper puffs.”

This intense smoking regime is also characterized by a different ISO standard as of 2018:

Of course, no machine smoking regime can reflect the individual variation in nicotine uptake among smokers and heated tobacco product users. This is why it is important to understand not just how much nicotine is present in the aerosol of the product, but also measure how much nicotine the user is actually exposed to.

Nicotine exposure: how much nicotine is a THS user exposed to?

Read these publications from PMI scientists about biomarkers of exposure for nicotine and other chemicals:

Pharmacokinetic (PK) studies observe the levels of nicotine in the blood over time, and its metabolization and elimination from the body. Our PK studies show that the kinetics of nicotine uptake, distribution, metabolism, and excretion are comparable for THS and cigarettes. Additionally, during the period of adjustment to THS for a smoker making the switch, they are able to obtain sufficient nicotine—comparable to the amount they were used to when smoking cigarettes—without using additional tobacco sticks compared to the number of cigarettes used prior to switching. 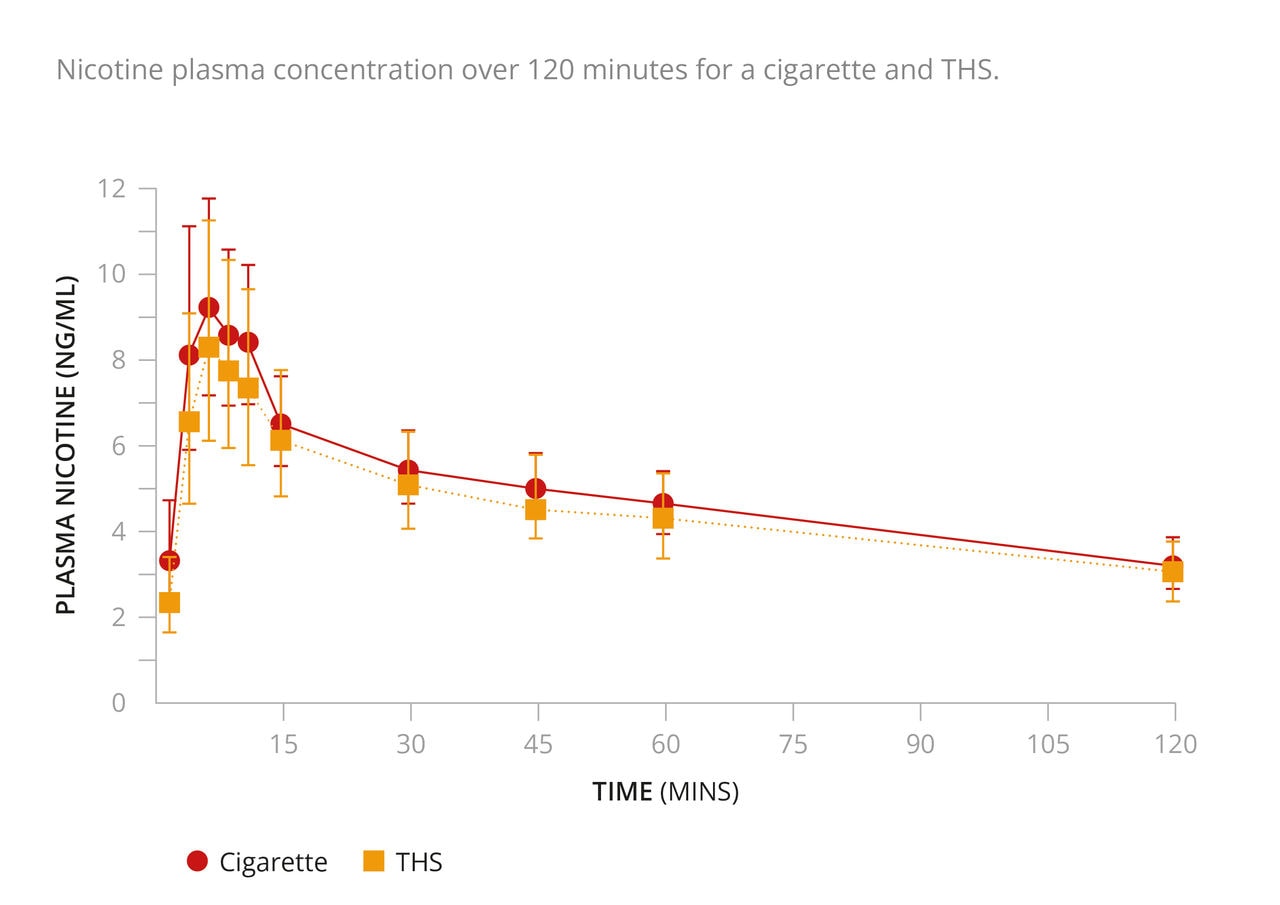 This graph is adapted from Brossard, P. et al. Nicotine pharmacokinetic profiles of the Tobacco heating System 2.2, cigarettes and nicotine gum in Japanese smokers. Reg Tox Pharmacol. 2017. The data comes from the PMI clinical study ZRHM-PK-05-JP. You can also check out the PMIScience booklet, which describes our nicotine pharmacokinetic results.

The U.S. Food and Drug Administration (FDA)’s premarket tobacco product review of evidence states that “PK studies show …[THS tobacco sticks] have nicotine delivery, addiction potential, and abuse liability similar to CC [cigarettes]. This is potentially beneficial for smokers trying to switch to IQOS as they are more likely to have satisfactory results and not resume CC smoking. The nicotine levels do pose an addiction risk for non-tobacco users who initiate use of these products; however, the risk is no higher than for other, currently available, tobacco products and initiation is expected to be low generally.”

In summary, adult smokers switching to THS obtain comparable amounts of nicotine to that from cigarettes and therefore THS tobacco sticks are considered to be as addictive as cigarettes. The essential information for adult smokers wishing to transition to THS is that the product delivers similar amounts of nicotine as cigarettes, and this will help them to make the transition. In fact, this is a point made by the FDA when authorizing the marketing of THS for sale in the U.S. “Additionally, IQOS delivers nicotine in levels close to combustible cigarettes, suggesting a likelihood that IQOS users may be able to completely transition away from combustible cigarettes and use IQOS exclusively.” 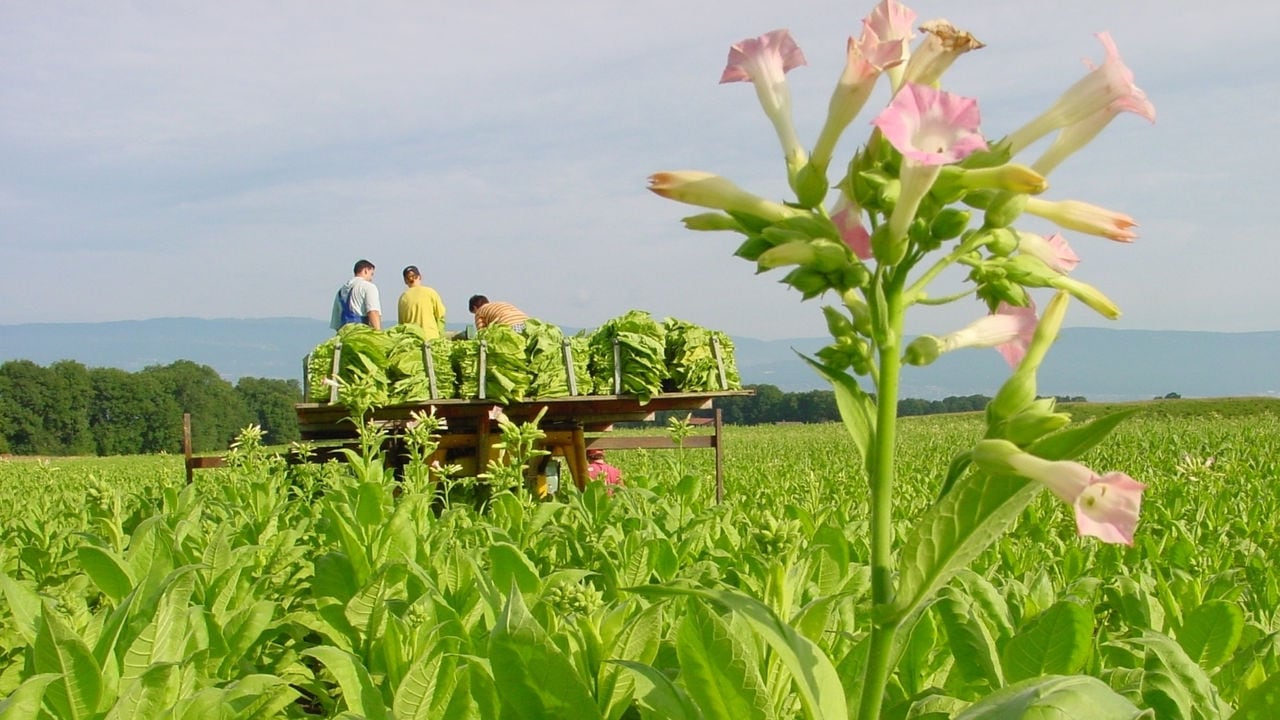 Nicotine and addiction
How does nicotine uptake into the blood differ across different products? An excerpt from Scientific Update 8 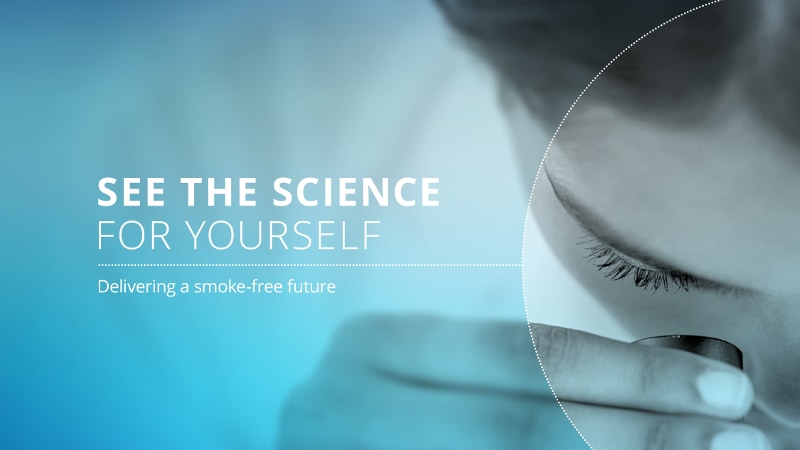 Latest PMI Science Booklet
Summarizing our goals, our approach, and our science.