PMI has recently developed a heated tobacco product with a method of heating the tobacco that’s different from the products in our current portfolio. Here is an overview of the different ways our smoke-free products heat tobacco, and how this new approach to heated tobacco supports the smoke-free future. This article is an excerpt from Scientific Update 14.

Our heated tobacco products (HTPs) are products in which tobacco is heated just enough to release a nicotine-containing aerosol for the user to inhale, but without burning the tobacco like a cigarette does. Because tobacco is heated and not burned, the levels of harmful chemicals in the generated aerosols are significantly reduced compared to cigarette smoke. HTPs, though, are not risk free, and they provide nicotine which is addictive.

Heated tobacco products like these are just part of our product portfolio. We develop and assess a range of smoke-free products so that every adult smoker who would otherwise continue to smoke cigarettes can find a suitable, scientifically substantiated alternative that allows them to fully switch.

We designed different ways to heat the tobacco plugs in our HTP portfolio. There is the resistive heating approach of our original electronically tobacco heating system (Tobacco Heating System (THS), induction heating as in the newer addition to our product portfolio, and carbon heating as in our carbon-heated tobacco product (CHTP), just to name a few. Here is an explanation of how these products work.

Resistive heating is where an electric current passes through a conductive material and releases heat to its surroundings. The more resistive the material is, the more heat is created. This process is why incandescent light bulbs get hot, for example – the electric current running through the filament heats the filament, making it release heat and light.

Our HTPs that rely on resistive heating contain an electronic system that heats the tobacco within a precisely controlled temperature range to avoid burning it. This is achieved via a heating blade, in the case of THS versions prior to THS 3.0 induction HTPs. When the specifically designed tobacco stick is inserted into the stick holder, the heating blade is pushed into the crimped tobacco plug. Once turned on, the heating blade heats the tobacco. The same blade also functions as a temperature monitor, allowing the THS to control the temperature of the tobacco. This control ensures consistent taste and avoids burning.

Electrical current means charged particles called electrons are flowing through the metal. As the electrons move, they bounce off of atoms in the metal. The energy from these collisions heat the wire, which can in turn heat its surroundings. The higher the electrical resistance of the material, the more heat is produced.

Induction heating is a process where electrically conductive materials, metals for example, are heated through electromagnetic induction. The metal heating element is placed in the center of a metal coil shaped like a spring, so that the coil and the heating element don’t touch one another at all. An electric current is passed through the coil, which creates the magnetic field at its center, and that field makes the metal element at the center generate heat. 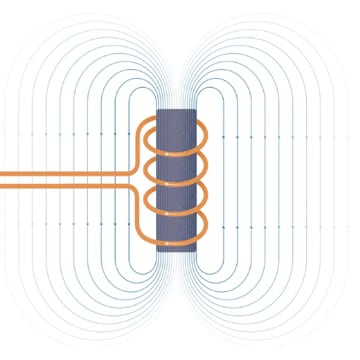 Our induction HTPs use induction to heat tobacco. There is no direct contact between the electronics and the heating element, a metal strip introduced at the center of the tobacco plug. When the tobacco stick is inside the holder and the system is turned on, an electric current flows through the coil in the holder. This current creates the magnetic field that heats the heating element (the metal strip) inside the tobacco, which in turn heats the surrounding tobacco.

Because of this internal heating core, the induction HTP has no blade, unlike in the earlier versions. 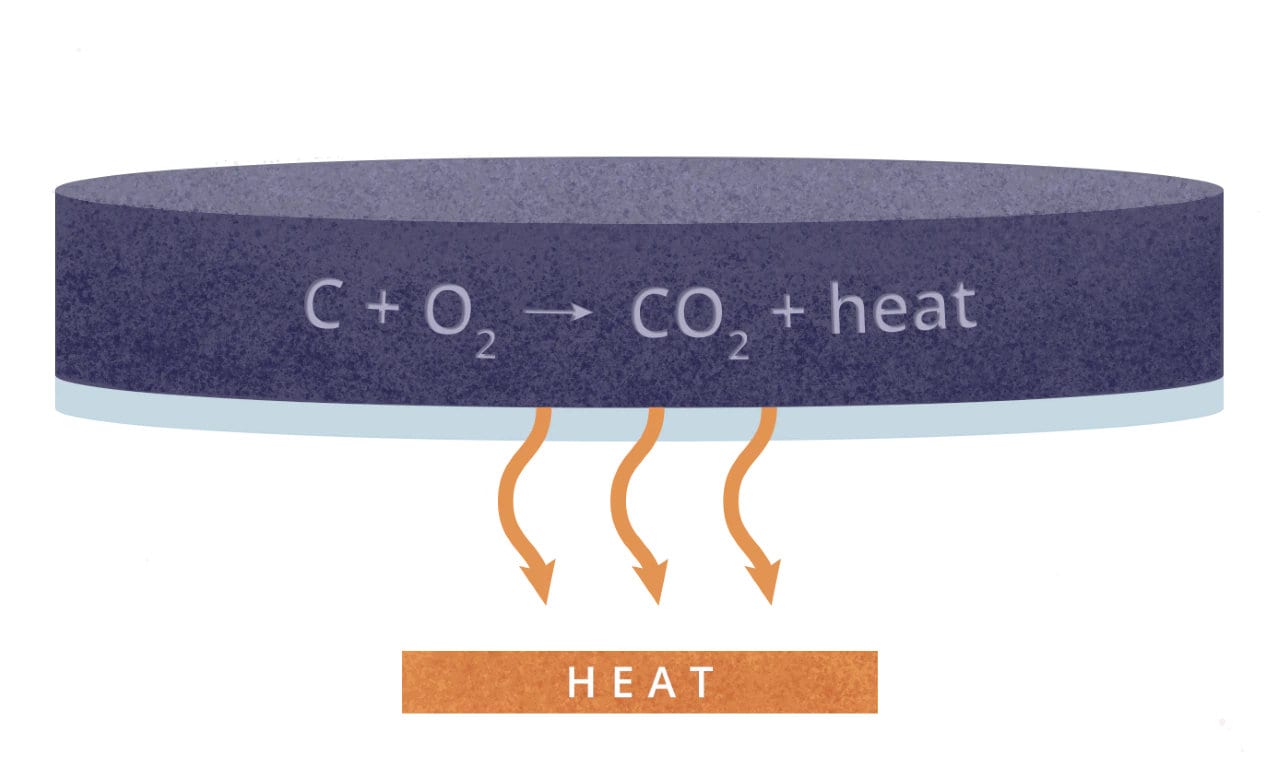 When the pressed charcoal disk is lit, a heat-generating reaction occurs, where the carbon is oxidized by oxygen to create carbon dioxide and heat. Other reactions may also occur in parallel, some of which also generate heat. The barrier between the pressed carbon disk and the tobacco blocks the carbon dioxide and other materials from passing through, but the heat is transferred.

If the charcoal tip was placed directly against the tobacco, it would burn the tobacco. Instead, an aluminum disk that separates the charcoal from the tobacco has been introduced. The thickness of the aluminum disk between the carbon tip and the tobacco, along with other proprietary design features, results in the temperature never reaching the ignition point. The aluminum transfers the heat while blocking the airflow, so that air is not drawn through the charcoal and into the tobacco. After use, the product needs to be extinguished and discarded. This method of heating is a closer experience to lighting a cigarette.

Since the original writing of this article, our Carbon Heated Tobacco Product, CHTP, has been discontinued.

"By offering a diverse portfolio of potentially less harmful smoke-free products, our goal is to provide adult smokers who would otherwise continue to smoke cigarettes with a suitable alternative that allows them to fully switch."

Those aren’t the only ways to heat tobacco, just a few examples from the products that are part of our portfolio. While heating tobacco is one possibility in developing alternatives to continued cigarette smoking, another approach is to generate an aerosol by heating an e-liquid formulation. Our battery-powered e-vapor products, also known as e-cigarettes, vaporize a liquid solution containing nicotine and flavors.

The difference between switching to IQOS and continuing to smoke cigarettes
Response to the article entitled “PMI’s own in vivo clinical data on biomarkers of potential harm in Americans show that IQOS is not detectably different from conventional cigarettes,” by Stanton Glantz, 2018 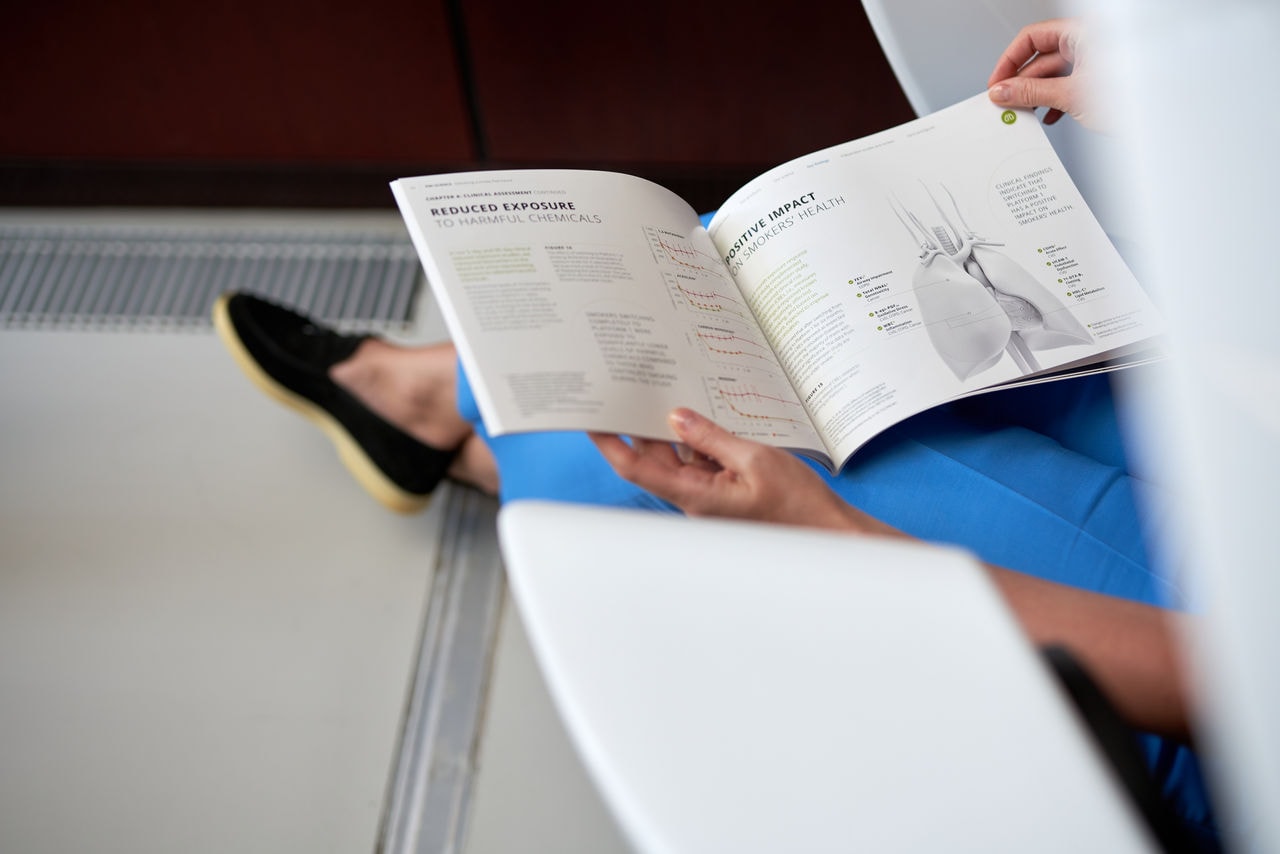