Only about 10% to 14% of potential anticancer drugs make it through all clinical phases, according to research from MIT last year. The financial burden for failure of a potential drug in a clinical trial is estimated to cost over 1 billion US dollars – more than 2 billion when you factor in lost returns on that investment. The pressure is on for pre-clinical testing to be a better predictor of results in people, and not just for the pharmaceutical industry. For our part, we continue to search for more advanced and reliable pre-clinical methods for assessment of the risk-reduction potential of smoke-free products – products that can replace cigarettes for those who would otherwise continue to smoke.

In vitro models, meaning those relying on human cell cultures, are important to pre-clinical studies because they allow for fast test results that can be more relevant to human biology than in vivo studies in animals. For example, in vivo models can have difficulty predicting liver toxicity in humans.  But there are major differences between a simple 2D cell culture in a dish and a complex human being. Cells in our bodies aren’t in a flat layer: they form complex 3D structures where they are in close contact with other cell types with different functions.

Cells in a real human organ are also continuously exposed to physical forces like stretching in the lungs, stress along blood vessels from the pumping of blood, and pressure within the bones. Besides the effects of these forces, humans are composed of multiple organs that communicate with each other through blood circulation. Until a few years ago, the 3D structure of the organs, their local environment in the body, and their connection to one another were challenging to replicate in vitro.

Lung and liver organ-on-a-chip device: how does it work?

Organ-on-a-chip devices help give in vitro models a bit more complexity by placing a 3D cell culture – effectively mini organs – into an environment that simulates that organ’s environment in the human body. Placing multiple different organs on a single chip provides further insights into how different organs can work together and influence each other’s biology in the human body. We have cultured 3D human lung and liver cell cultures on a chip so that the different cell cultures were connected through a fluidic channel. The speed and direction of the cell culture medium circulating between the cultures could be controlled using a smartphone. The fluid channel system lets the two different kinds of cultures share an environment and communicate without directly touching with each other. 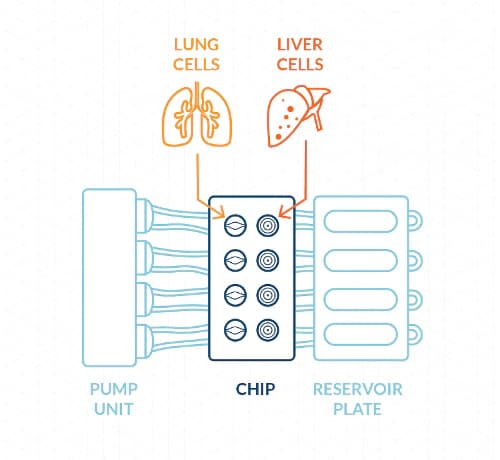 Diagram of the lung and liver on a chip platform. The two cell cultures share an environment: the cell culture medium that circulates through the system. Adapted from Bovard et al 2019.

We used the most relevant lung and liver in vitro models currently available. HepaRG cells organized into tiny balls called spheroids were used to mimic the human liver function. To simulate the human lung, human bronchial cells were cultured while exposed to the air to form 3D structures with three different cell types.  The first type of cells produces mucus, a viscous solution that can trap pathogens and particles present in the air. The second cell type has cilia (microscopic hairs) on their heads. These cilia beat in sync to propel the mucus and the pathogens in our throat, where they can be expelled. The last cell type serves as a reservoir to replace dead cells. This is an artist's rendering of the human bronchial cells used in the lung/liver-on-a-chip device. The image in the banner at the top of this page shows a microscope image of cells like the ones actually used in this study. 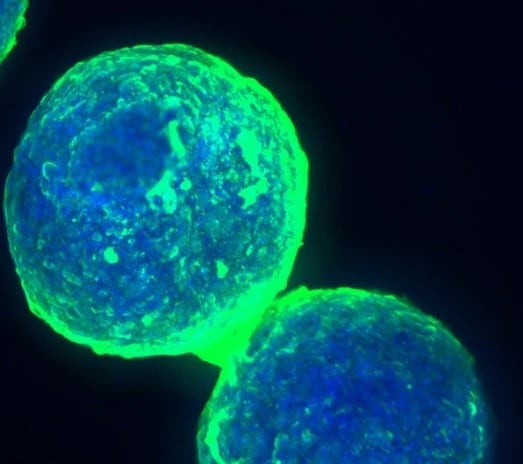 Image of human liver spheroids composed of human liver cells like those used in the lung/liver-on-a-chip device. One spheroid contains around 12,500 cells.

Using the lung/liver-on-a-chip developed internally, we demonstrated the benefits of organ-on-a-chip technology using Aflatoxin B1, a known liver toxin and carcinogen produced by certain fungi, as a proof of concept. The liver spheroids in the chip were able to detoxify the Aflatoxin B1, protecting the lung cultures from toxic effects. In this way, this multi-organ-on-a-chip device mimics the connection of the lung and the liver as observed in the human body, and it presents a new approach to study the toxicity of aerosols.

More recently, we worked in collaboration with Mimetas to create microscopic blood vessels on a chip and simulated blood cells circulating through them. This model is more relevant to human biology than a 2D cell culture, and developed to study atherosclerosis, a blood vessel disorder involving the formation of fatty deposits in human arteries that can lead to stroke or heart attack. A single layer of cells, called the endothelium, lies at the interface between circulating blood and organ tissue. The endothelium plays a critical role in processes such as blood clotting, the development of new blood vessels, and some processes involved in atherosclerosis.

These man-made microvessels were created by filling channels in a specially designed cell culture plate with a matrix of collagen serving as a scaffold for the next step. The endothelial cells then attached themselves to the inside of the matrix, forming the microvessels. To simulate blood flow, the micro blood vessels were filled with a solution to mimic blood and gently rocked back and forth. Our scientists created a test to measure how many white blood cells stick to the insides of these blood vessels, and another test to see molecular changes to the vessels themselves – specifically for indicators of inflammation and oxidative stress. Those kinds of changes can lead to atherosclerosis over time. 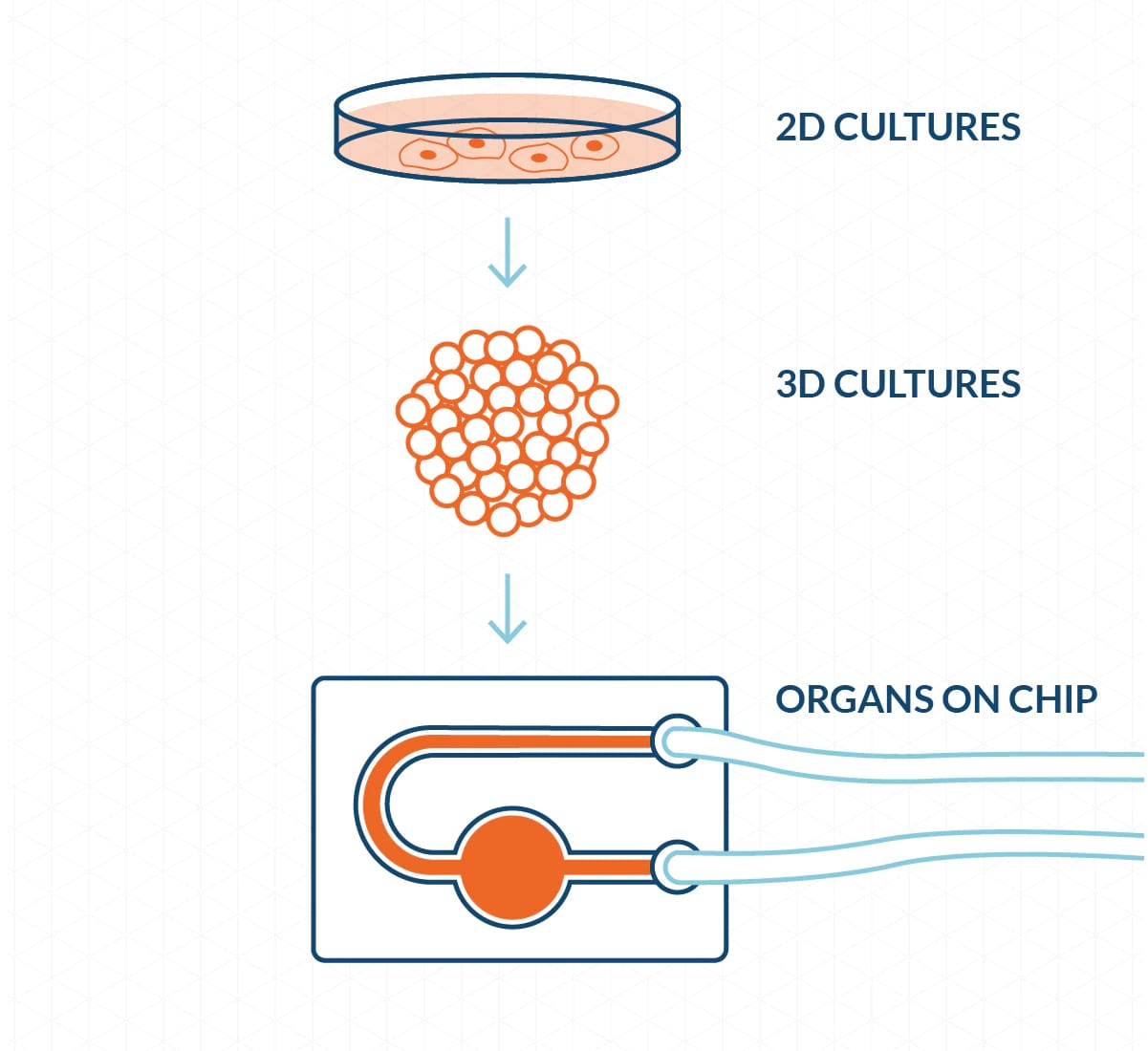 Organ-on-a-chip devices are a major advancement in toxicology research, combining 3D cell cultures into complex systems that give better insights into human biology than simple 2D cell cultures can yield. Nevertheless, this technology requires further optimization and validation to ensure they are accurate, specific, and predictive of human clinical data. Once this can be achieved, organ-on-a-chip devices could lead to the development of safer, cheaper, and more effective medicines and products.

In addition to the research articles on organ-on-a-chip devices discussed above, we've also recently published a book chapter on "Kidney-on-a-chip" (Chapter 7) and "How to build your multiorgan-on-a-chip system: a case study" (Chapter 15) in the book Organ-on-a-chip: Engineered Microenvironments for Safety and Efficacy Testing. Finally, you can also learn more details about our microvessel-on-a-chip research on INTERVALS.science. 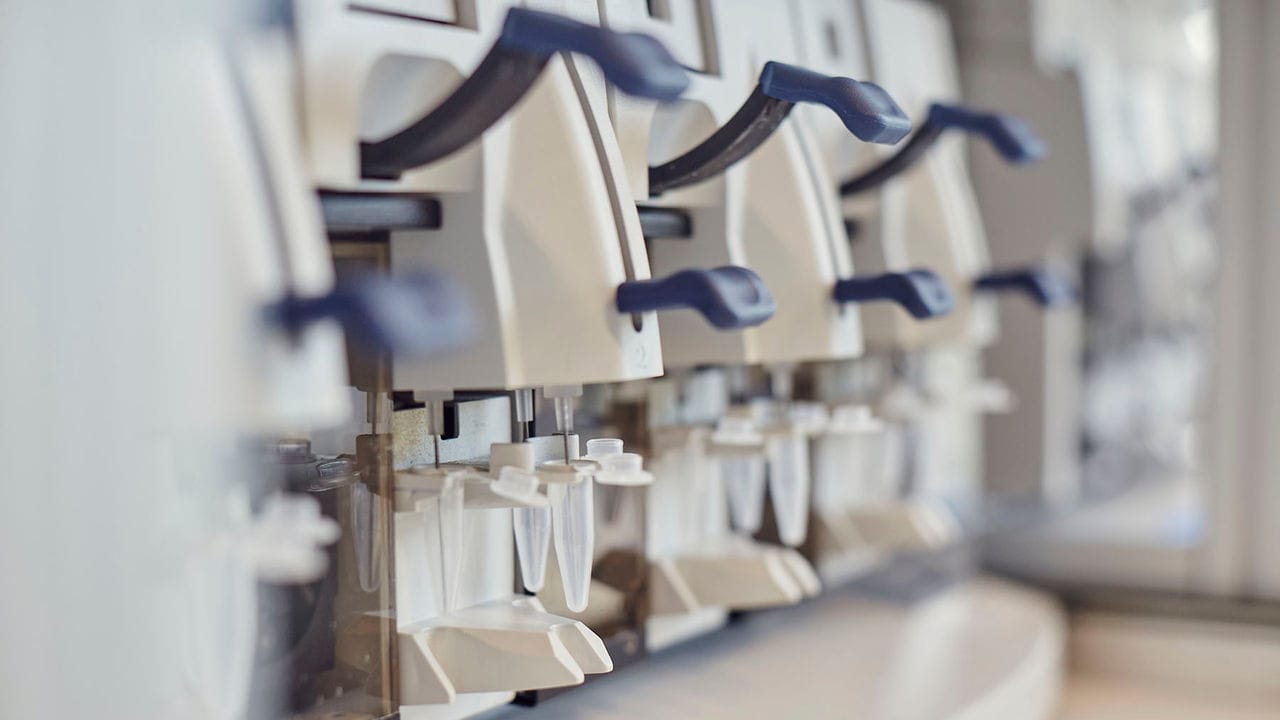 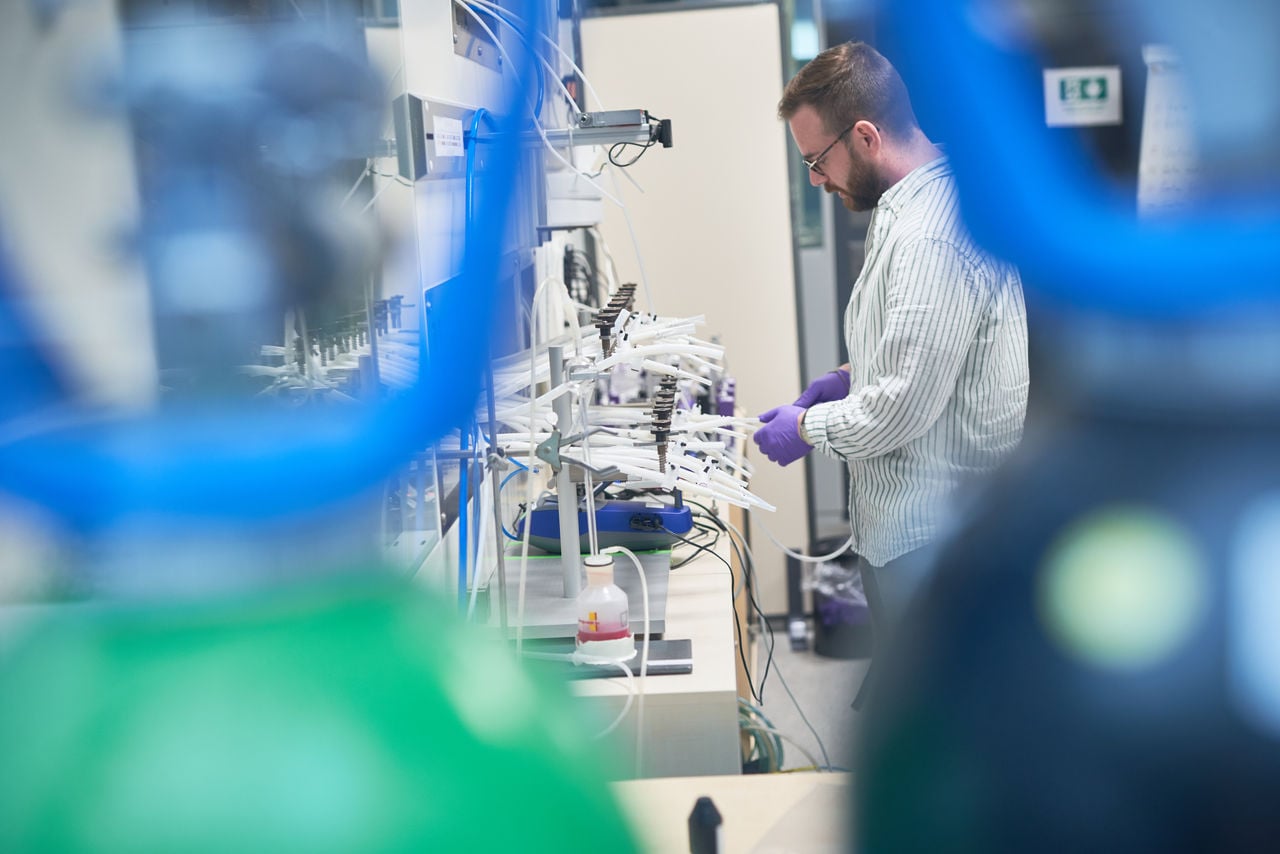 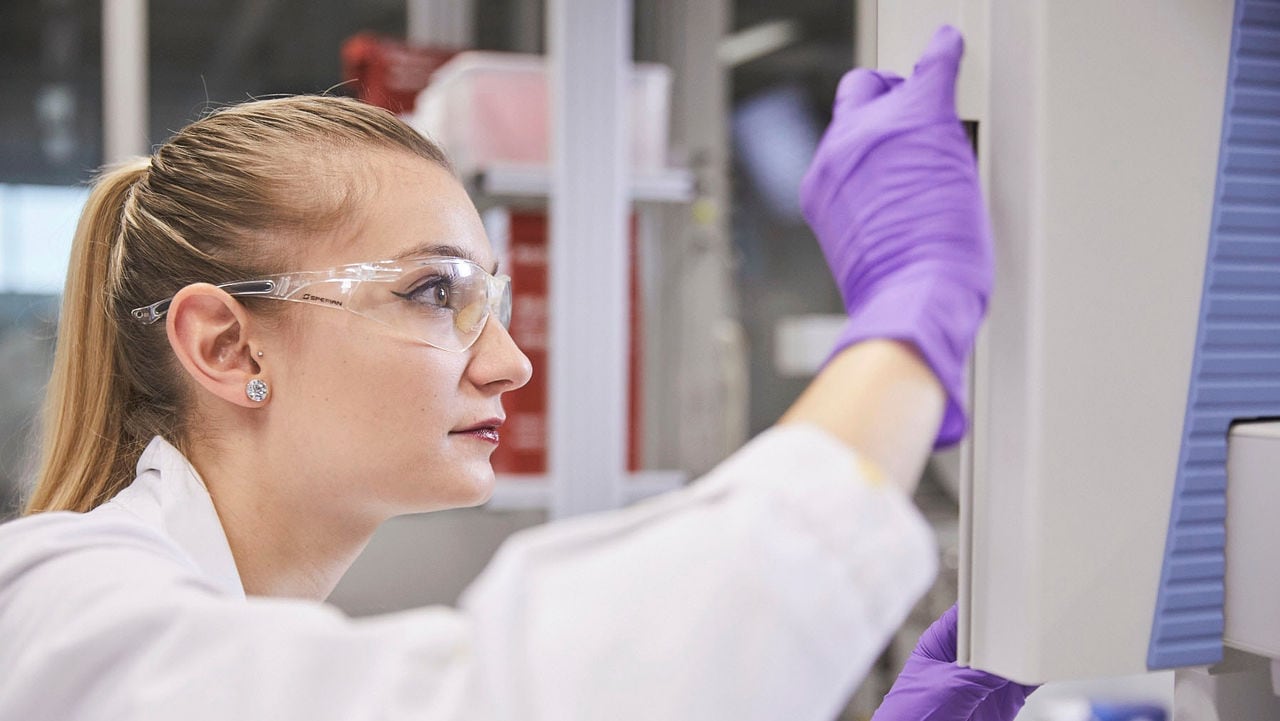 Toxicological Assessment
We obtain data on the potential of our smoke-free products to reduce the risk of smoking.