What do we know about the chemistry of IQOS aerosol?

Dr. Maurice Smith, Senior Scientific Advisor, has served in several roles in Research and Development at PMI, and now provides scientific support for the Scientific and Medical Affairs team. His presentation describes what independent studies have to say about IQOS, especially with respect to the heated tobacco aerosol.

Hello, I’m Maurice Smith. I’m a toxicologist by background and experience. I currently work in the Scientific and Medical Affairs team, where we provide scientific support for communications about the benefits of transitioning away from conventional cigarette products. We always publish studies in peer-reviewed journals, and I think that’s essential to be transparent and to get the general acceptance of our science, both the quality and the breadth of the science. But of course, we have received criticism that most of the studies have been performed by Philip Morris or have been funded by Philip Morris. That is no longer the case because, as we’ve rolled out our products in a number of markets, that encourages other scientists, independent scientists, to study our products as well.

So, what I want to do then is look at a few samples of these, to see how they support the reduced impact of our reduced-risk products. We have to look at the studies very carefully to see whether they corroborate our own findings or challenge our own findings, and this obviously contributes to the general scientific understanding of our product range.

So first, we see a paper by a Chinese group that have taken IQOS and compared that with a conventional reference cigarette, and really what they show is that you do see substantial reductions in the emissions of harmful and potentially harmful smoke constituents. What they also did was to perform some simulated pyrolysis experiments, where they took the tobacco from IQOS, but also took tobacco from conventional cigarettes and heated it under the same conditions. In that circumstance, they found similar emissions from either IQOS tobacco or a combustible cigarette tobacco, and this confirms that it really is the combustion that causes the emission of harmful constituents. It has nothing to do with any special ingredients or special formulation of IQOS tobacco.

Let’s have a look at another paper, from the German Federal Institute for Risk Assessment (BFR), where they also looked at IQOS emissions. So, they performed analytical experiments, and compared against a market basket of conventional cigarettes from existing publications. Again, what they were able to show was that certainly the yields of carbonyl compounds—formaldehyde, acetaldehyde etc.--were reduced by 80 to 96%, compared to conventional cigarette brands, and for other well-known toxicants in cigarette smoke: benzene, butadiene, etc, were also reduced by 97 to 99%, much lower than you find in conventional cigarettes.

Now when you take those reduced emission data, it’s interesting to understand whether that is likely to result in reduced risk for smokers who make the switch to reduced-risk products such as the IQOS. So, at the Dutch National Institute for Public Health and the Environment, the RIVM, a group there developed some innovative but still conservative approaches to risk assessment to compare two products. In this case, they used IQOS and conventional cigarettes as an example. The authors concluded that overall, if you consume IQOS instead of cigarettes, that would be associated with a substantial increase in life expectancy compared to continued smoking for the subgroup of smokers who would die from cancer. However, the authors also suggest the health impact will be greatest for habitual smokers who switch at a young age. There is an important point the authors also made that of course switching to IQOS can lead to risk reduction, but these products such as IQOS are not risk-free. And there is a negative health impact expected to remain from consuming heated tobacco products as compared to total abstinence, so quitting is still clearly the best option.

So, the non-combusted products have significantly less intense and less persistent effects on indoor pollution in comparison with conventional cigarettes, with a quantitative estimate suggesting a lower effect with IQOS. This is an important topic, and I think it shows that because these are liquid droplets being generated by IQOS as well as the e-cigarettes, that these do not persist in the same way as the solid particulate materials that are generated by cigarette smoke.

If we then look at how all of these types of data were considered by the United States Food and Drug Administration in their recent authorization of our claims for reduced exposure, they confirm that our claim based on the available evidence to-date that:

They didn’t authorize reduced risk claims at this time but did recognize that measurable and substantial reductions in morbidity and mortality among individual tobacco users is reasonably likely to be seen in subsequent studies. This authorization confirmed that IQOS is fundamentally different from cigarettes and offers a much better alternative to continued smoking.

And with that, I’d just like to say thank you. Thank you very much. 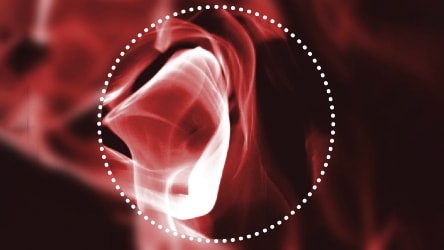 Why is the absence of combustion so important? 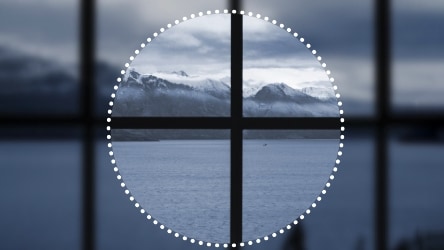 What is the impact of IQOS aerosol on indoor air?