This article is an excerpt from Scientific Update 13.

Quitting is the gold standard for tobacco harm reduction

The best way to avoid the harm of smoking is to not start in the first place. For someone who already smokes, quitting smoking is the single best thing they can do to reduce their risk. And if a person won’t quit, then switching to a product that doesn’t burn tobacco is a better choice than continuing to smoke cigarettes. This is because the vast majority of harmful chemicals found in cigarette smoke and linked to smoking-related diseases are generated by combustion. 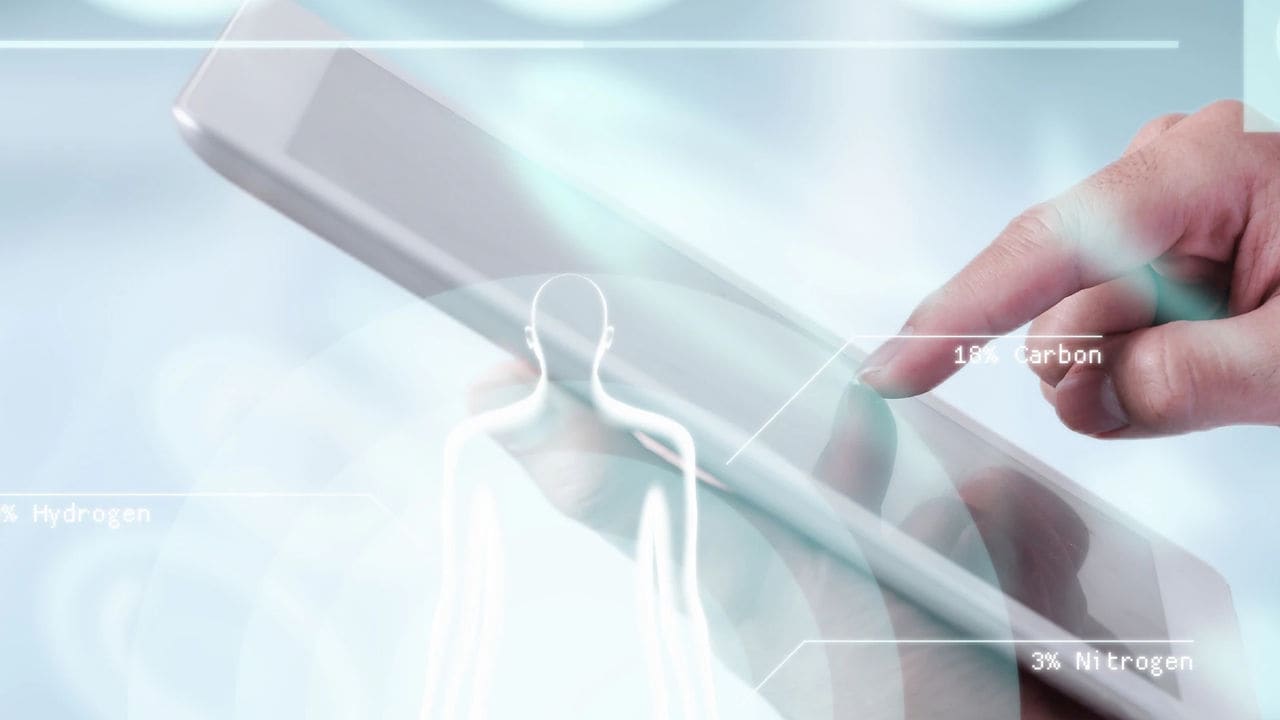 When someone stops smoking, their risk of developing smoking-related health problems and diseases will not disappear overnight, but it will decrease with time. The longer they’ve smoked, and the more cigarettes they smoke during that time, the bigger their risks. This is why it’s so important for a smoker to quit smoking as soon as possible. After the first few days of someone quitting cigarettes, their exposure to toxicants is greatly reduced and within three to six months they may notice a decrease in their coughing and shortness of breath.

The best choice a smoker can make is to stop smoking altogether but, unfortunately, not everyone who smokes makes that choice. In recent years, alternative products to cigarettes, for those who continue using tobacco or nicotine products, have been developed. Choosing to use these products is better than continuing to smoke because they do not burn tobacco, though it is important for each product to be scientifically verified to determine exactly how much better they really are compared to cigarettes. Here, we’ll describe some of the data collected on changes smokers may observe in their body as a result of switching to the Tobacco Heating System (THS), our leading heated tobacco product (HTP). Before getting into the details of the studies, we need to emphasize that smoke-free alternatives, although potentially less harmful, contain tobacco or nicotine, and as such they are not risk-free.

Reduced carbon monoxide in the blood

Carbon monoxide (CO) is released during the burning process, like in a cigarette. When the smoker puffs on a cigarette, CO enters the body and red blood cells that normally carry oxygen start carrying around CO instead. It reduces the amount of oxygen that is delivered throughout the body. CO is also naturally produced in the body when hemoglobin — the oxygen-carrying part of red blood cells — is broken down. But continued exposure to low levels of CO, as smokers have, can lead to reduced exercise capacity, the progression of atherosclerosis, and development of cardiovascular diseases.

Within days after switching from cigarettes to THS, the body is exposed to lower levels of CO. THS produces on average 98% less CO compared to cigarettes. In PMI clinical studies by Lüdicke et al. and by Haziza et al., those participants who switched from cigarettes to THS saw a significant drop of CO levels measured in the blood after just 24 hours of switching. That reduction was almost the same as the reduction observed for those who quit smoking.

Lung function naturally declines gradually as we age, but smoking accelerates this process. With time, the toxicants in smoke can damage the lungs to the point where they can’t stretch properly. The lungs can become inflamed and as a result, less air flows into and from the lungs. Quitting smoking can reduce the rate of decline compared to continued smoking. One measure of lung function is the FEV1 test or forced expiratory volume test. It calculates how much air a person can exhale in one second.

After six months of switching completely to THS, users can experience better breathing compared to continued smoking, due to different factors, one of them being the fact that less mucus is produced. Our studies show that lung-related benefits, such as better breathing, already begin to be apparent after three months of fully switching. In our Exposure Response Study, the FEV1 was measured for both people who switched to THS and those who continued to smoke cigarettes. The clinical data shows a statistically significant improvement at the six-month mark among those who switched completely compared to those who continued to smoke cigarettes.

Oxidative stress occurs when there are too many highly reactive molecules (oxidants) in the cells – there is an imbalance between oxidants and antioxidants. Oxidative stress is involved in the development of cardiovascular diseases, dementia, chronic inflammation, and aging. Cigarette smoke increases oxidative stress because it has a high level of oxidants, therefore reducing antioxidant defenses. Stopping smoking helps reduce oxidative stress, as measured in our Smoking Cessation Study via the biomarker 8-epi-PGF2α, the gold standard for the evaluation of oxidative stress in the human body. This biomarker was reduced in participants who quit smoking by 9.98% to 18.8%, varying by region, compared to baseline after three months.

In our Exposure Response Study, after three to six months of switching completely to THS, oxidative stress decreased compared to continued smoking, based on the statistically significant reduction in the levels of the biomarker 8-epi-PGF2α in the blood. The levels of this biomarker were reduced by 13.46% compared to baseline after three months. At the six-month mark in the study, the switching group had a 6.8% lower level of 8-epi-PGF2α in their blood compared to those who had continued smoking. While this measurement was not statistically significant, there was a clear trend of reduced oxidative stress compared to continued smoking.

Similarly, after three to six months the smoking-related inflammation decreased in those who switched completely to THS compared to those who continued smoking. This was measured using the white blood cell count, which stays high while a person continues to smoke. Study participants who switched to THS showed significantly lower white blood cell counts, 0.475 GI/L and 0.420 GI/L after three and six months respectively, compared to continued smoking.

After three to six months of switching completely to THS, the levels of “good” cholesterol improve compared to continued smoking. In studies by PMI and others,* participants who switched from cigarettes to THS saw their levels of biomarkers of exposure to harmful chemicals reduce and the level of HDL increase, reducing the risk of plaque buildup. After six months, participants who switched showed an increase of 3.09 mg/dL in their HDL, which is double the change that was seen at three months. This increase approached the levels encountered after smoking cessation.

What we can clearly see from this summary of our research is how a smoker’s overall health risk profile can improve over time after switching completely to our leading heated tobacco product. We saw that carbon monoxide levels decrease, breathing becomes easier, coughing lessens, inflammation decreases, oxidative stress lessens, and cholesterol improves for those smokers who made the switch.

Switching from cigarettes to a smoke-free product will never be better for health than stopping the use of all tobacco and nicotine-containing products. The research discussed here clearly shows that switching to this particular smoke-free product can reduce the harms from smoking compared to continued cigarette use, and that the impact of switching on a person’s health adds up over time. This information is why we stand behind our statement that quitting smoking is the best choice, and for those who won’t quit, switching to a smoke-free product with a harm reduction profile backed by science is a better choice than continuing to smoke cigarettes.

* PMI Research and Development. Evaluation of Biological and Functional Changes in Healthy Smokers After Switching to THS 2.2 for 26 Weeks Registered on clinicaltrials.gov: NCT02396381; 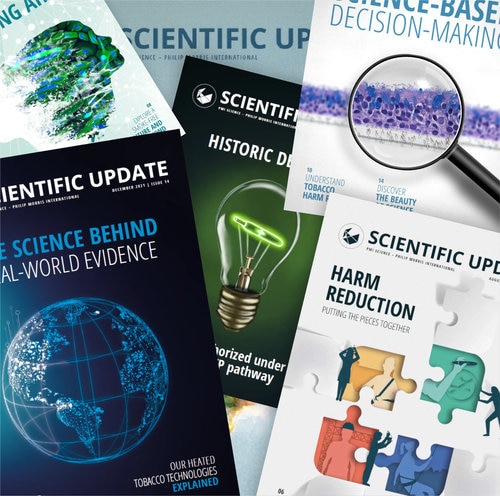 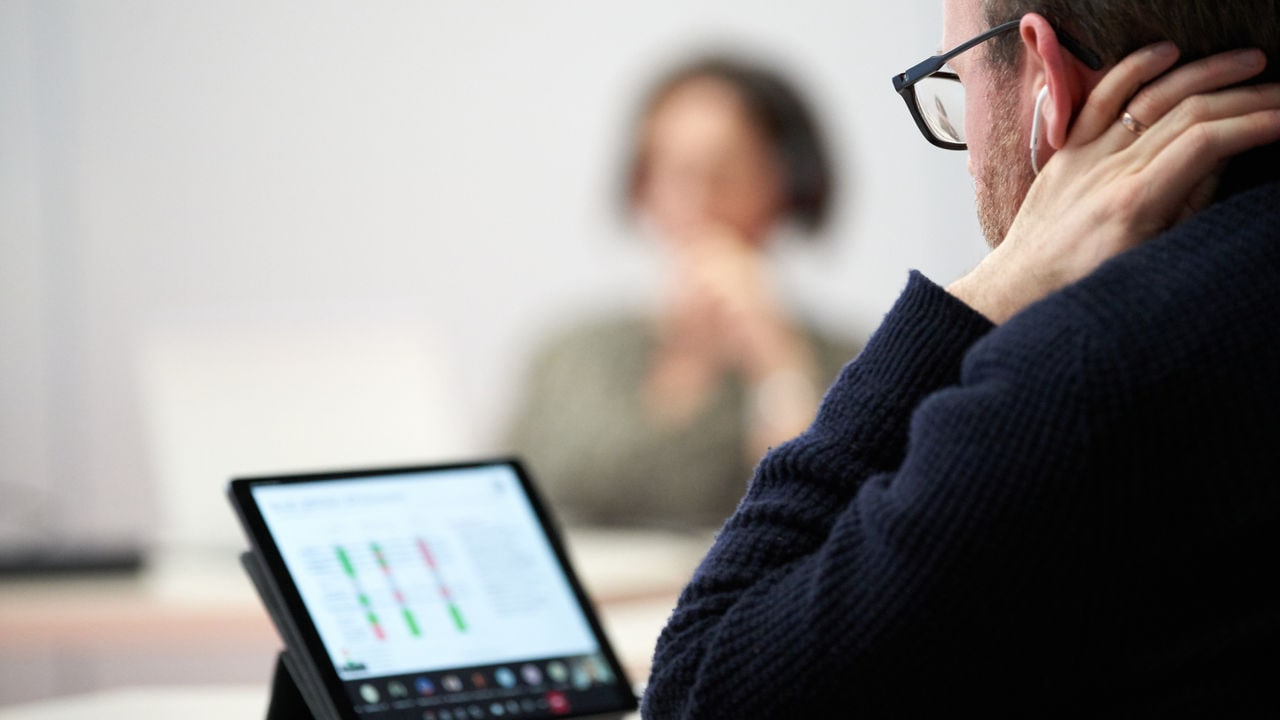 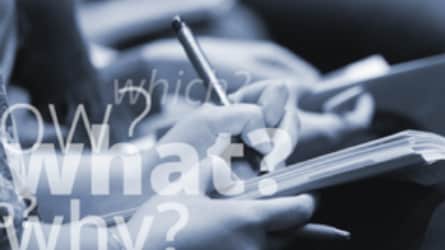 Open Science. Open Questions. Open Answers
In this Open Science event, we answered numerous questions around our research and technology, including some from previous events. 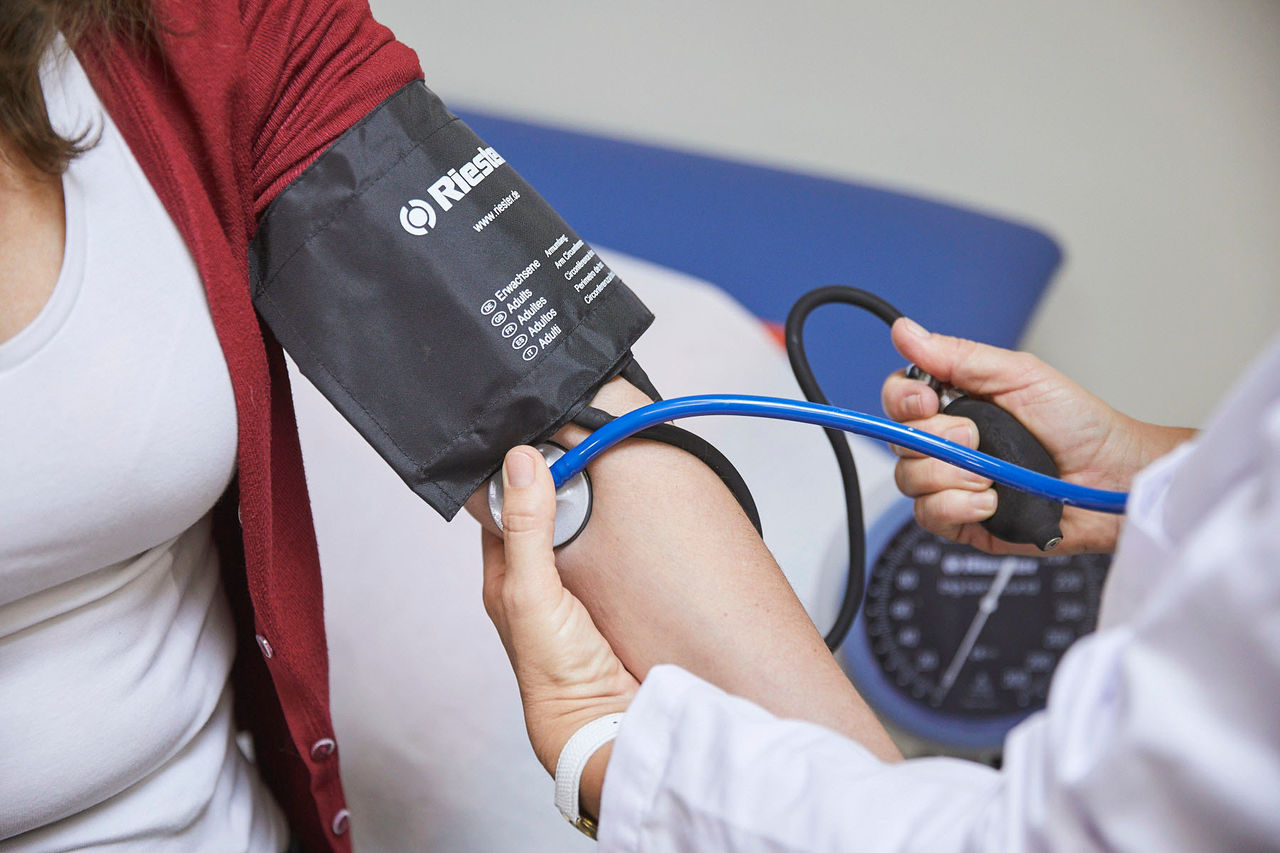 Clinical Assessment
Human data on the use and acceptance of our smoke-free products and their potential to reduce risk. 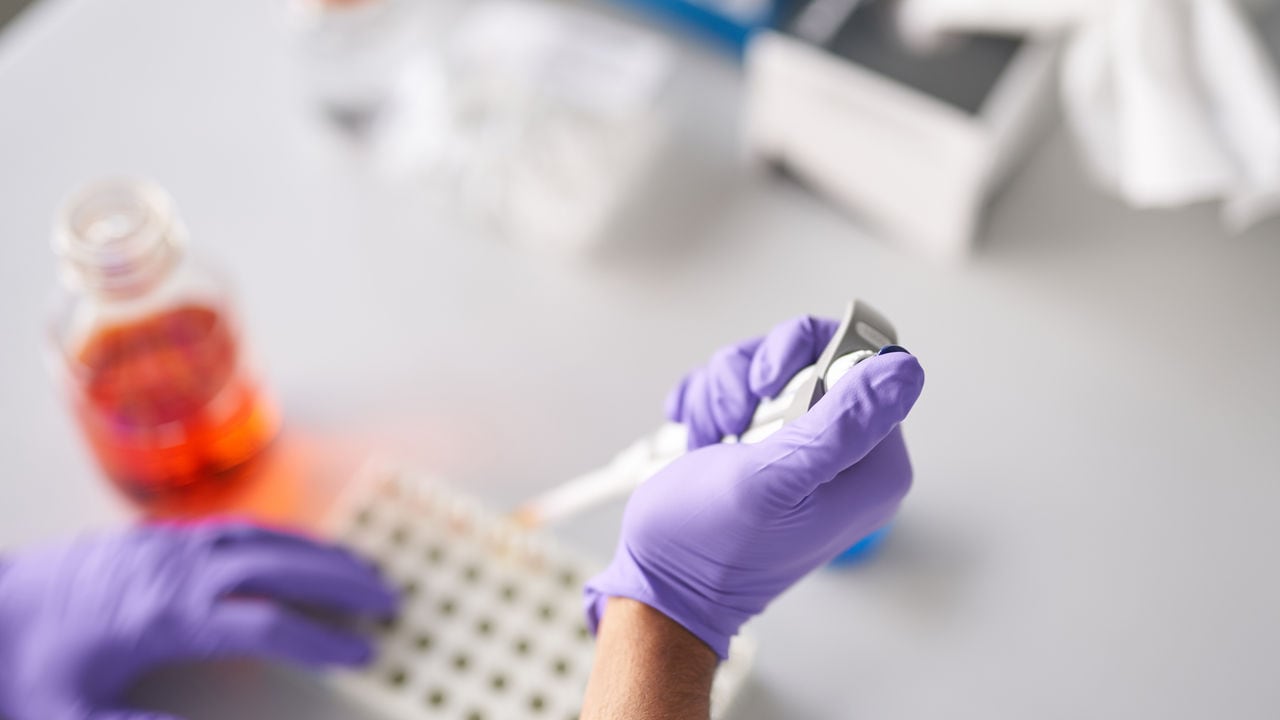 Research
PMI is committed to sharing results as the development and scientific assessment of smoke-free products advance. 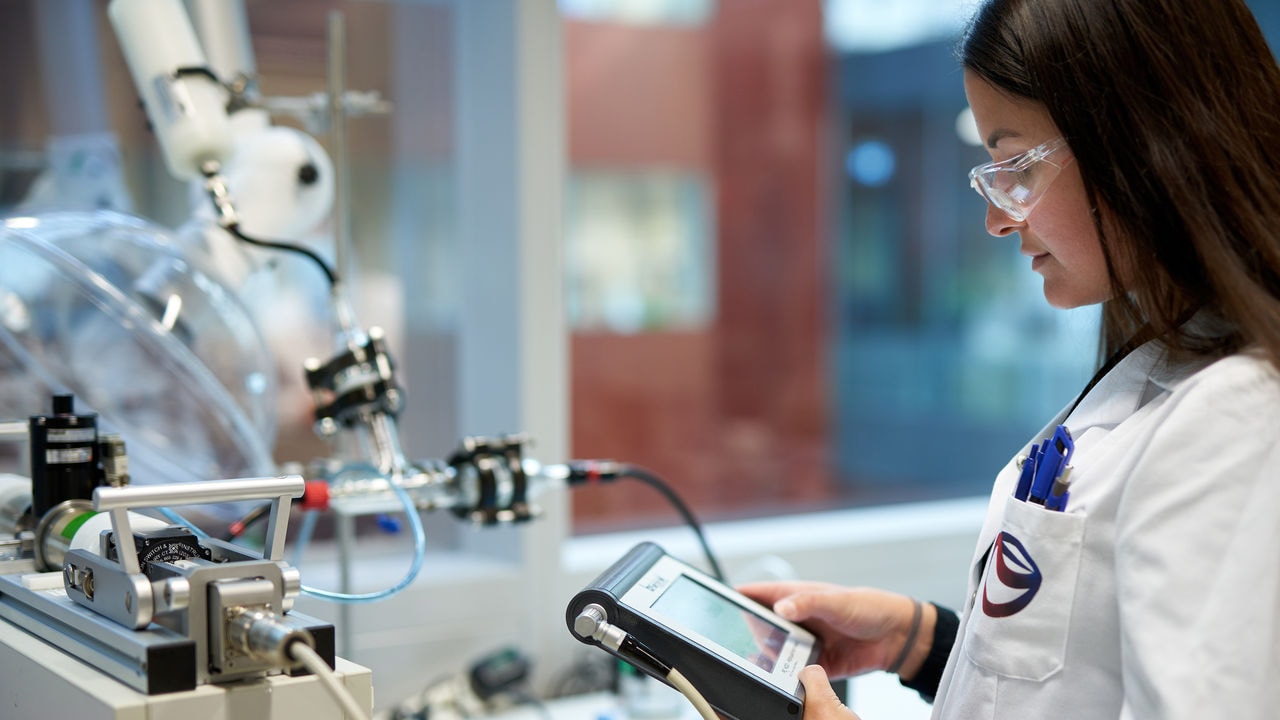